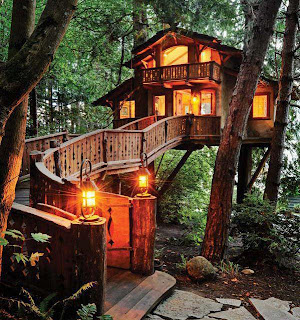 This is not a normal blog.

This is a research project into how to go off the grid.

The goal essentially is to determine whether it is possible, and how easy is it to accomplish, to go off grid so you cannot be tracked by anyone.

You still have an identity obviously, and you still need to be able make money, get food and/or communicate with the rest of the world... depending on what you actually do.

Lets say for example you went off the grid and disappeared in northern Canada. You could live in the wilderness, build a cabin, grow your own crops, hunt, fish and so forth. Probably do reasonably well in the food department and put on a chunk of muscle and lose some fat at the same time (sounds like great weight loss program, doesn`t it?)...

But what about entertainment? What about health care in case you get sick or injured when you are attacked by a black bear? What about the sheer boredom of living in the middle of nowhere? What if you need to communicate with the outside world?

I think it would be possible to go off the grid in a city for example, but it would be a tricky matter of finding a place to live, work, etc. Evidently illegal immigrants coming to North America seem to do it all the time, and do it successfully for decades.

Another idea is to live on a ship and fish for food, occasionally stopping in harbors to buy vegetables and supplies... but you would still need an income, and you would still encounter some of the same problems with the cabin idea above.

Thus the challenge is to live in society, but to do so without an address and without the rest of society tracking what you are doing.

But what is the POINT of going off the grid?

Well, any number of reasons really. For me its more the romance of the idea. Like being a fugitive, but without the hassle of anybody actually trying to find you.

Instead you just disappear... and assuming you don`t do anything illegal that gets you caught, you pass unnoticed through society. Just another face in the crowd.

Email ThisBlogThis!Share to TwitterShare to FacebookShare to Pinterest
Labels: An Introduction