Katniss vs. Daryl vs. Chipper 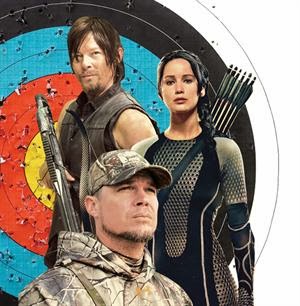 If you don’t get the Sportsman Channel (and even if you do get it, you still may not get it depending on where you live), you probably don’t know that onetime Atlanta Braves star Chipper Jones has traded in his baseball bat and team uniform for a compound bow and camo and became the star of outdoor hunting show Major League Bowhunter.

For fun you might wonder how Chipper Jones would fare against two famous, if fictional, archers who also shoot (arrows and film).

Lets start with the fictional people...

Katniss Everdeen
Fictional: The Hunger Games Trilogy.
Weapons of Choice: Longbow or Recurve Bow
Hunts for: Just rabbits, deer, birds, food. She hunts for survival. Oh and when fighting in a futuristic gladiator ring she shoots to kill.

Daryl Dixon
Fictional: The Walking Dead.
Weapons of Choice: Crossbow, Knife, Handgun, Assault Rifle.
Hunts for: Food, survival, and the undead - and sometimes enemies who want to steal their food. 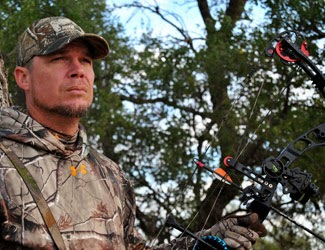 Honestly I would give the prize to Daryl Dixon, mostly because he is versatile and can use more than just his crossbow. He is smart enough to survive on his wits, and while he does not have Katniss's skill with the bow, his shots with the crossbow rarely ever miss.

Plus the actor in real life has a personal interest in zen archery - and that is pretty bad ass.

Jennifer Lawrence in contrast is given a plastic bow and suction cup arrows - which is just plain embarrassing. 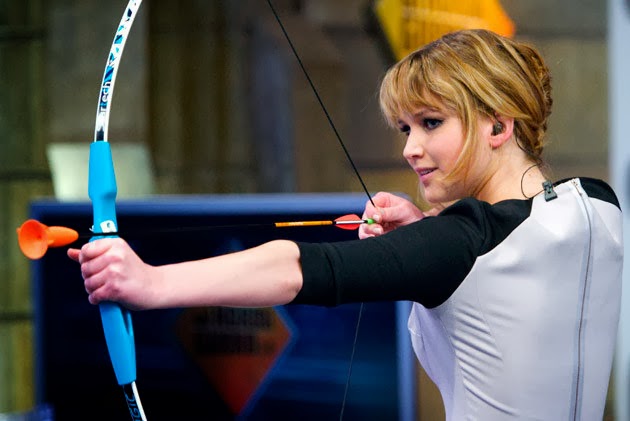 On the plus side I will give kudos to the makers of The Hunger Games for making the number of arrow shots so low. Katniss rarely ever actually shoots the bow. It is about a dozen times per movie - she spends most of her time worrying about her two competing boyfriends Peta and Whatshisname. So unlike other archery heroes like Legolas, Hawkeye, and Robin Hood before her the Mockingjay doesn't have the magical Hollywood quiver of unlimited arrows.