Being Prepared does not mean you have to be ridiculous 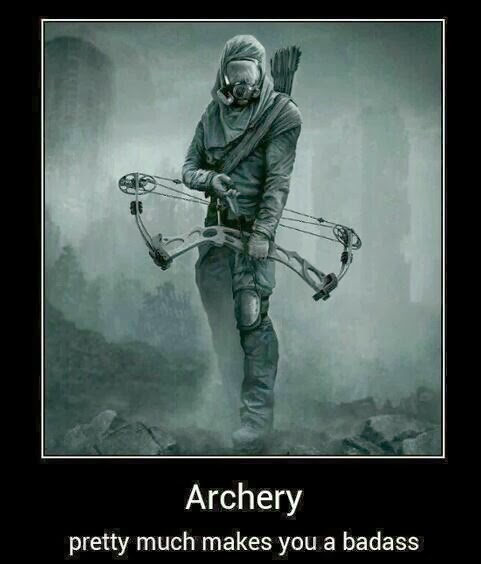 While I admit the photo on the right looks pretty awesome I also think that it is wholly unnecessary for survivalists to prepare for that level of event wherein you are walking around with a compound bow, wearing a gas mask and presumably shooting everything that moves.

If it gets that bad where society has fallen apart, nuclear fallout zones are killing everything, scarcity of animal and plant life - well then you really don't need to prepare for that possibility because on the list of disasters that can befall people and the planet, nuclear war is further down the list in terms of which is more likely to happen.

What is far more likely to happen is...

My basic point is that the threat of natural disasters are far more likely any man made nuclear apocalypse. I am not saying it cannot happen, but I am saying that you are more likely to die in a flood than you are to die from nuclear fallout.

So if you want to be prepared, be prepared for natural disasters first and foremost. Be realistic about it.