Foraging for Food - Part One, An Introduction to Foraging

Part One, An Introduction to Foraging

Ah, foraging. Not to be confused with Gardening or Hunting, Foraging is a very different topic.

Foraging for Food is the act of looking for food in your nearby wilderness and collecting such foods. Common foods that people might be more familiar with are listed below.

This is tricky as some berries can be poisonous. So you should really only eat berries you recognize. If you don't know for certain what a currant looks like for example, maybe you shouldn't eat that berry.

I am also putting grapes in this category as they can be plentiful if you manage to find some wild grape vines.

I recommend only eating the following: 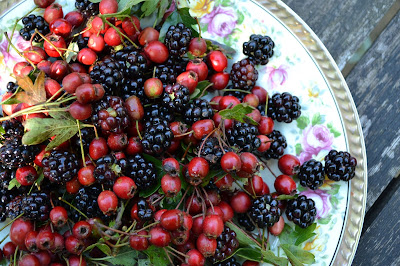 Mushrooms and other Fungi

Again with the poisons. When in doubt, if you don't recognize a mushroom do not eat it.

An immature deathcap mushroom for example looks like a "normal mushroom" because it hasn't fully matured yet. A fully grown death cap however is pretty obviously something to avoid. Death Caps are not the only mushrooms you should avoid either, as there are a variety of mushrooms and fungi that are not safe to eat.

Morels for example are safe to eat, which are similar to mushrooms. Puffballs can be eaten, but have to be cooked properly or else they are poisonous.

"All mushrooms are edible, including the poisonous ones."

Apples, pears, cherries, crab-apples, plums, etc. The good news is that poisonous fruits are basically non existent. The vast majority of fruits are pretty safe to eat. Also tomatoes are technically a fruit, not a veggie. 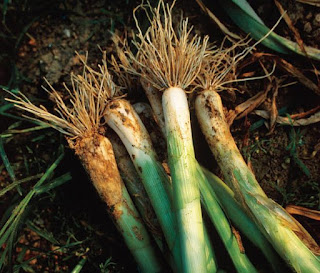 Useful for some unusual salads, these are something you can eat if you don't mind the unusual taste.

So there you go... if you have an emergency and need to forage for food, these are just a few of the things you can look for while out in the woods.


Want to learn more? Don't worry, I will be writing more on this topic. This is just Part One of a series of posts on the topic of Foraging.

Foraging for Food - Part Three, An Introduction to Mushrooms

Foraging for Food - Part Four,  A Cup of Tea

Foraging for Food - Part Five, Foraging in the Winter
No comments:

Why you should NEVER use a PVC Bow

Within the sport of archery there are people who make their own bows and their own arrows.

Such is the norm with many sports, there is always going to be a percentage of people who are unhappy with their options available and think one of the following things:


Unfortunately with the first category, there is also a percentage of people who are, for lack of a better word, LAZY.

They don't want to do the work or learn how to tiller a bow properly. They just want to make a bow as fast as possible with as little using their brain as possible.

To illustrate this problem lets discuss the pros and cons of making and using PVC bows.

Now lets not just take my word for it either. Here are some quotes from bowyers on Reddit who had tried making both PVC bows and wooden bows...

"Black locust is what I consider one of the three best bow woods and pwnd both PVC bows no matter what the design." - Huisme.

"With PVC you're pretty restricted to what you can cut out and then squish the remainder back together, but that naturally means the more stretchy material is going to bend in the area. With wood it's easy to make a narrow stiff area at the end of a bow like with a mollegabet to increase mass efficiency." - Huisme.

"It's like Russian roulette. Not always terrible, but always stressful, and at the end of the day it's probably best not to." - Unit712.


Basically with a PVC bow there is always going to be problems with it. It is inaccurate. It breaks easily.

And lets pretend for a moment someone was actually tempted to hunt with one. That means they need a minimum of 39.7 lbs for deer, or 48.5 lbs for elk/moose/black bear - and because PVC bows don't stay a constant poundage and become weaker very easily, the bow could end up being illegal to use for hunting if it becomes too weak to be able to make a kill.

Thus for a survivalist tool, a PVC bow is basically a hunk of junk. A kid's bow, and it should never be used by serious archers or bowhunters.

Part of the PVC problem is the emergence in recent years of so-called "Zombie Survivalist Clubs", fans of the TV show "The Walking Dead", who like to hang out and do various fun activities, talk about their favourite zombie movies / TV shows, etc.

And sometimes they make PVC bows that they believe would be useful during a Zombie Apocalypse, but would in reality would be utterly useless for hunting, during a zombie apocalypse, or even just a home invasion. Useless.

For the very simple reason that if your life is on the line, are you really going to trust your life that could break when you pull it back to shoot?

Zombie Survivalist Clubs are essentially people who are romanticizing the apocalypse. They not so secretly wish that it would happen because they think they could survive in that situation.

For example all you have to do is look at the group below from Toronto, Canada and you realize that Zombie Survivalist Clubs are basically a bunch of young Centennial/Millennial yuppies with too much time on their hands and are basically clueless. 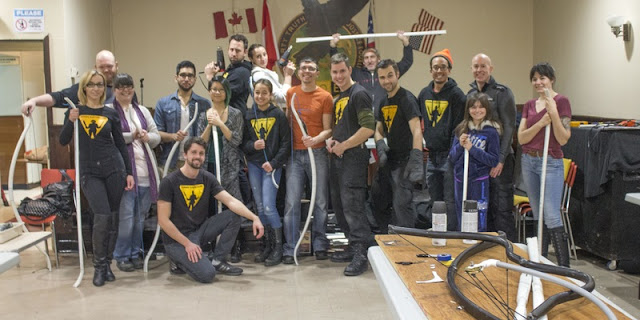 "Oh look at us. We made PVC bows. We are so getting eaten by zombies."

And what is worse is I almost never see these PVC zombie fanatics at the archery range practicing. Seriously, it is very rare to see them practicing. Which means that if they don't practice, then they guaranteed suck at shooting.

It would be like owning a rifle but never practicing with it or learning how to adjust the scope.

But they think because they own a PVC bow that they are suddenly awesome and don't need to practice. They hang their PVC bow on the wall next to their collection of beer bottles from Europe and whatever else Centennial/Millennial yuppies decorate their walls with.

In reality what they would be is easy pickings for anyone with:
Even modern compound bows wouldn't last that long in a situation involving wear and tear. It is an important aspect of compound bows that the risers are made typically of aluminum alloy or carbon fibre in an effort to save weight, but in a survival situation they could and would break easily. They don't make them like they used to... In contrast old compound bows from the 1970s and 1980s were made of steel and steel-alloy risers. Heavy. Durable. And many of those old compound bows still work today, which means they would be a better choice if someone wanted a "survivalist compound bow". At least a steel bow can take a fall and won't snap in two.

Now this doesn't mean that wooden bows are superior or are not breakable, simply that wood can take a fall, hit a rock, and doesn't break on impact. 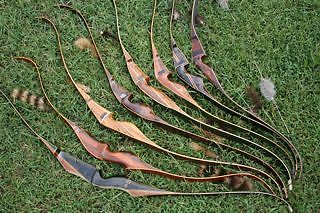 During a life and death situation what people should be reaching for is a wood/fibreglass recurve. A nice sturdy one that presumably has already withstood the test of time.

Yes, they cost more - but they are so much more accurate and durable. And if a person is really serious about getting into bow making, they should start with wood. Don't even waste your time with PVC.

If a person has a modern compound bow, fine, but they should be careful to keep it in peak condition, never drop it, and never use it as a melee weapon because it is not meant for that - and doing so would dent the cams, at which point the compound bow would be useless once the cams get bent out of shape.

For any Zombie Survialists who read this, here is a movie tip for you. Stop watching zombie movies. Watch survival movies that are based on real life and not "romanticized zombie fantasy".

Maybe someday someone will make a gritty and realistic zombie film, but at present we are more likely to see "glitter zombies". eg. The 2013 film "Warm Bodies" is basically that, a glitter zombies film.

Is it so much to ask that Hollywood make more realistic and gritty survival films?

For example the 2013 film "Killing Season" stars Robert De Niro and John Travolta and has a good amount of archery in it, both longbows and compound bows. And is comparatively realistic.