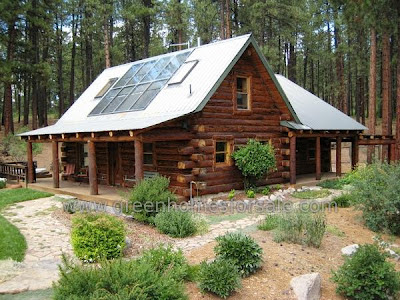 Websites like http://www.greenhomesforsale.com/off-the-grid-homes.php have lists of homes, descriptions, photos and prices. Other websites that specialize in off the grid homes also exist. Just Google it.