Is Bowfishing and Spearfishing more merciful than regular fishing?

So I was on Facebook and saw someone post about the following book: "Carp Fishing in Canada", by Tony Benham and Fritz Vatter. 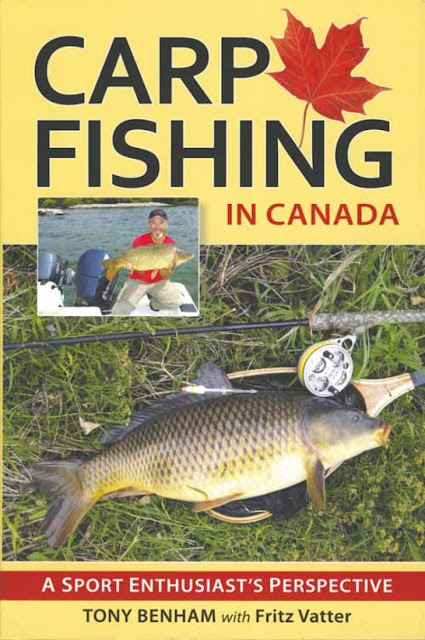 So I naturally asked:

"Does it have a section on bowfishing for carp?"

Perfectly natural question. After all, bowfishing and spearfishing for carp are popular and increasingly popular.

One person responds that "Probably not. It's likely written by someone who enjoys and respects these fish."

As if to imply that people who are into bowfishing and spearfishing somehow don't respect the fish... which they totally do respect them.

Next someone else says that "bowfishing is not a sporting way to target fish."

To which I respond that bowfishing and spearfishing is actually more merciful, because you kill the fish quickly as opposed to letting it slowly die while gasping for breath.

At least with bowfishing and spearfishing the fish dies instantly (or near instantly). Anything is better than a slow torturous death.

And at that point the Admin realized he was losing this argument and banned me from the group.

He had no sense of humour.

If the admin of TUFA (Toronto Urban Fishing Ambassadors) cannot win an argument, he just bans people from the group. Some ambassador all right. The people in the group are prejudiced against bowfishing and spearfishing, and the admins of such a group should be setting an example for other fishermen that ALL fishermen are welcome, including sporting enthusiasts of bowfishing and spearfishing.

So instead I have contacted a different Toronto Fishing Club (there are soooo many available) and asked the admin of the club if the group has any prejudices against certain types of fishermen and whether they allow ALL fishermen to join their group.

To anyone curious about this, the individuals in TUFA who have a hatred against bowfishing are Chay Mullin and Howard Shin. Quite the pair of "ambassadors" spreading their hate against a merciful sport.

So now I really want to know.

Is there a chapter in the book above about bowfishing and spearfishing? Because if there is not, clearly the authors need to write chapters on those topics so that they are being inclusive of ALL types of fishermen, who are likewise "sport enthusiasts".

This whole argument that bowfishing is "not sporting enough" is utter nonsense.

So there is a "sporting challenge" to it. And you really have to be an enthusiast to be wading out there in boots to shoot the fish, or to rent/buy and transport a boat to get a better angle to do so. Shooting from the edge of the water or a dock is not usually an option when it comes to carp spawning.

I like both kinds of fishing. But I will admit when the poor fish is gasping to breath, I do want to its suffering faster. To me, the merciful thing to do is to make the suffering as brief as possible. Some fishermen prefer to club the fish in the head, some prefer a knife. Either way works.

So is bowfishing and spearfishing more merciful?

But if you quickly kill the fish with a club or knife, you can make regular fishing more merciful.

And this business of people posing for selfies while torturing and traumatizing the fish, well, I guess that is up to personal opinion. Not my thing. To each their own.

Behead the fish, clean it, fillet it, eat it later fried in batter. That is my thing.

Email ThisBlogThis!Share to TwitterShare to FacebookShare to Pinterest
Labels: Fishing Off the Grid