Sixty-Two uses for a Bandana

There are many ways to use the average bandana.

#1. Better than an Archery Wrist Sling

Back in April I used a bandana to teach a teenager with no fingers how to shoot a bow.

Instead we looped a bandana around the bow (where one's fingers would normally go) and then tied the bandana to his wrist. He was then able to brace the bow on his palm with no worry of dropping it and was able to hold it steady because the bandana prevented it from moving from his palm.

For his drawing hand he was able to pull the bowstring underneath the arrow (like someone doing 3 fingers under would) and release the bowstring after aiming. 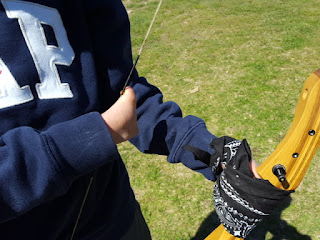 A friend / fellow archer afterwards texted me to tell me they were really impressed I had dared to even teach him, as many other archery instructors would have simply refused to even try. He also complimented the teenager's courage, for he was one very brave young man to be learning in front of an audience of other archers despite his hindrance.

Hopefully you never have to do this, but it is possible to fold a bandana and use it as a diaper for a baby.

I haven't had to do this yet, and hopefully never will, but it is a possible usage.

60 More Uses for a Bandana 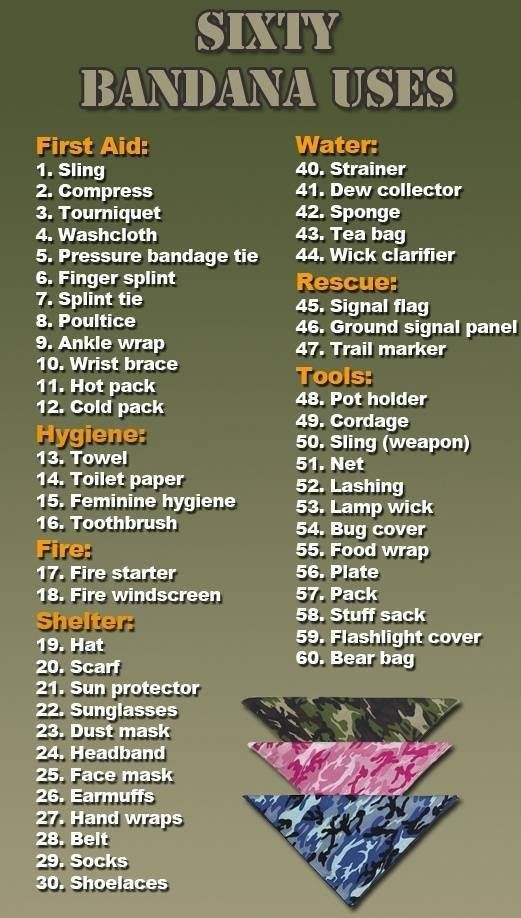