How to survive the Apocalypse in Ontario 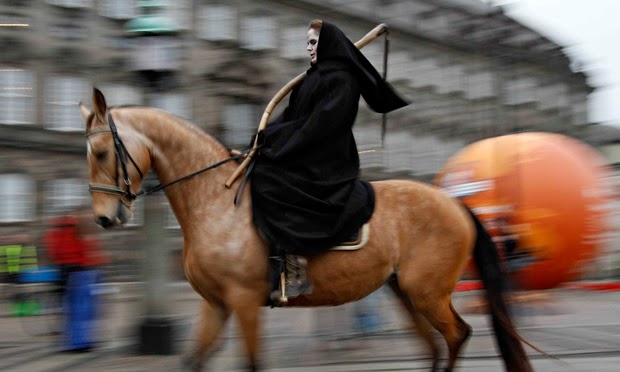 There are lots of websites out there with advice on how to survive the Apocalypse (should such an event ever happen, which is doubtful).

Yes, okay. Zombies and alien invasion are probably not going to happen. Or a demon invasion either for the super religious, but they are amusing to think about.

What is far more likely is nuclear war, a deadly flu pandemic, or a large meteor or comet striking the Earth. That sort of thing.

Or even just old fashioned global warming causing a shortage of food and global conflict.

So just for fun lets go down the list of things you would need to survive a generic apocalyptic disaster (assuming it is not zombies or something equally silly). So instead let us assume the following worst-case scenario that seems a bit more realistic.

Climate change has caused a global food shortage and tensions are high. Then a flu pandemic hits and amid the high tensions countries hit the nuclear panic button. So you have a shortage of food, there is a rapidly spreading disease, and nuclear fallout all to deal with.

WHAT DO YOU NEED TO SURVIVE IF YOU LIVE IN ONTARIO? 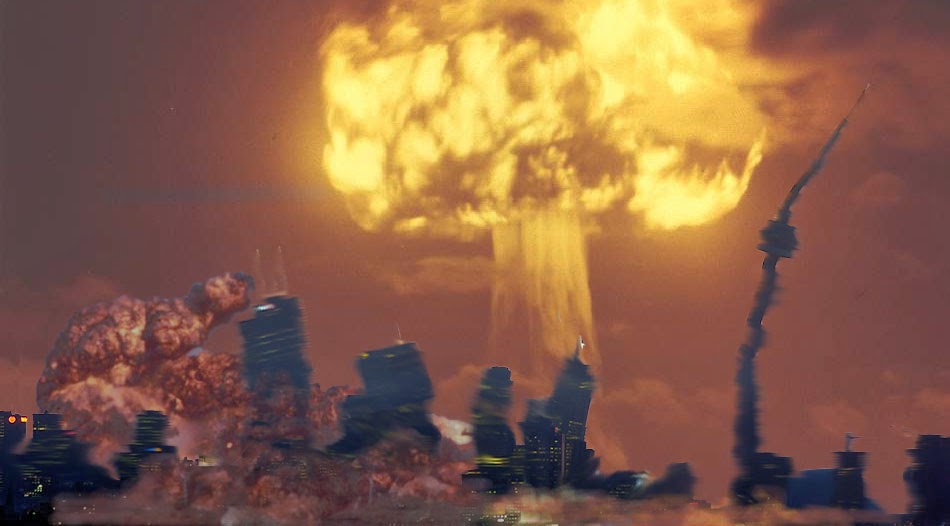 Getting out of the cities like Toronto, Hamilton, etc and heading to a place that has food, is germ free and is radiation free will be on the top of your priority list. If you are smart you might have moved to the countryside BEFORE the pandemic or nuclear missiles hit. If you are still in a city when the pandemic or nukes hit, your chances of survival drop dramatically.

Your plan should be to get out of the city ASAP while simultaneously avoiding as many people as you can. Boat, plane or helicopter would be ideal so you can travel quickly. If such modes of transportation are not available your next best option is car, but if the roads are clogged that might not be a viable solution - plus carjackings would be rampant.

As such one of the fastest ways out of crowded city during "apocalypse rush hour traffic" is to switch to available bicycle trails or alternatively just walking out of the city on foot by following the railway tracks. Bicycle trails and train railway tracks should be relatively deserted so that reduces your chances of infection, and while a bicycle trail might meander it should take you to edges of the city faster than mere walking. Railway tracks on foot may not be terribly fast, but railway lines travel in fairly straight lines so you should at least be getting away from the city core in a hurry. Plus unlike roads, the train tracks won't be clogged with cars.

Because lets face it, if you are the slowest person you are more likely to get killed thanks to "survival of the fittest". As such regular exercise, both weight lifting and cardio, would be a huge benefit. You want to be a mixture of fast and strong, so overall fitness will boost your chances of survival dramatically.

Honestly this is a no brainer. Assuming you did not get infected or killed in the nuclear blast, your primary goals here will be to avoid human contact, protect yourself from radiation exposure / nuclear fallout, and get the heck out of dodge.

As such drinking water will need to be sterilized, food may be contaminated, nuclear ash clouds will drop radioactive ash on everything in their path. Being cautious about everything you eat, drink and breathe will be a necessity - as well as simple skin exposure to radioactive ash.

My best advice to give here is to cover up completely, including your face, and get out of the fallout zone ASAP. Once you get out of the fallout zone then you will need to burn all your clothes, find new clothes, ditch any food or water you were carrying, find new non-contaminated food and water, clean yourself off with an abundance of water, and then continue to put distance between yourself and the nuclear fallout.

Once out in the countryside / wilderness you will need to start thinking food and shelter. Preferably someplace permanent and defensible which you will have access to food, water and safety. If you are carrying a weapon, good, but weapons will only protect you while you are awake. Isolation is your best defense from people who might seek to take what you have, or might be carrying the deadly flu pandemic.

Finding a place that is isolated, has access to agricultural foods and also wild game for hunting will be tricky. But not impossible. I recommend looking for farmland that is close to wooded swamps. Why? Nobody wants to live near a swamp and the swamp should prevent too many people from wandering into your territory. If there are woods nearby, that means wild game. A swamp will also likely have a river nearby, which means water (which you will need to filter and boil before drinking).

Ideally the farm you pick should have a well, and might even have an old style pump. Old Mennonite farms would be a good choice.

In Ontario there are several locations I strongly recommend:

- Northern or North-Eastern Ontario. Lots of woods and swamp land, a fair amount of agricultural land.
- The region north of Kitchener, especially places that are more swampy and isolated.
- Northern Quebec, across the Ontario-Quebec border.

Once you have found a good place start defending it. Build booby traps large enough to kill both deer or men, and make a habit of checking them regularly.

Don't live in a big obvious house on a hill. If anything you should try to disguise the house / camouflage it somehow to avoid detection.

Use any corpses you find as scarecrows to scare away trespassers. Not the nicest thing to do, but if it works it works.

Start storing up food, water, preserving your food, salting it, etc. You should be storing up medical supplies, fire wood, cleaning chemicals, clothing, weapons, ammunition, and learning how to use non-firearms weapons like crossbows or bows. For accuracy and ease of learning, get a crossbow. For speed, learn to shoot a bow quickly and accurately.

A nuclear winter is a very real possibility and it could last a year or more. This will make food shortages even more dire. There is even the possibility that a nuclear war / sudden shortage of people creating greenhouse gases could kickstart a new ice age. Something to think about.

As such a smart thing to do will be to visit every nearby uninhabited structure and loot it for food, supplies, weapons and then stockpile those items in secret caches near your home. Don't advertise the fact you are doing this either. Keep your supplies secret and hidden.

After the nuclear fallout has been lessened and the flu pandemic subsides (assuming it does), it will be time to start rebuilding society.

You won't be able to live in complete isolation forever. Your best options in the early stage will be to trade / barter items with other people, setting up local farming communities where people can share food, weapons, medical knowledge, etc.

Overtime education and trade will start to take precedence over survival instincts and paranoia, people will start socializing more and society will be able to start returning to the way it once was.

Returning to the old cities will be out of the question (too much radiation for generations), and much of what was there will be looted in the early stages by anyone who was foolish enough to enter and later died. 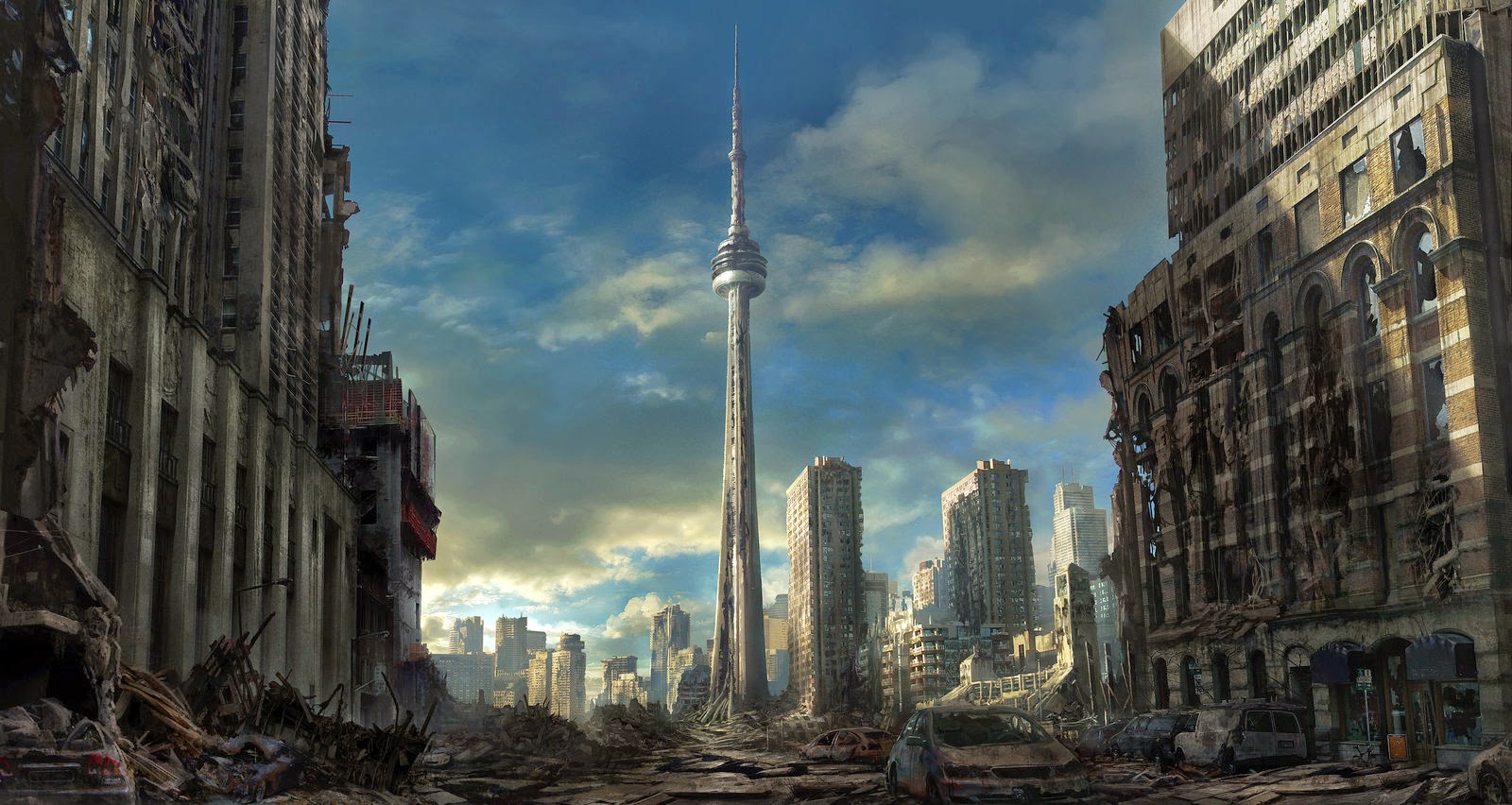 The biggest dangers will be after societies start to rebuild and still have access to nuclear weapons, despite the dramatically lowered global population. Starting new conflicts over old feuds and territorial disputes will cause further setbacks to the rebuilding of civilization.

As such the chances for ground war / additional nuclear confrontations could be quite high during the recovery period. But with a little understanding and cooperation (and the realization that there is lots of space to go around) civilization should be able to have a successful reboot.