Foraging for Food - Part Five, Foraging in the Winter

How to Forage for Food during the Winter, An Introduction

Foraging for Food - Part One, An Introduction to Foraging

Foraging for Food - Part Three, An Introduction to Medicinal Plants

Foraging for Food - Part Four, A Cup of Tea

So "Winter is coming." With Autumn officially started and leaves falling, I thought it was a good time to revisit the topic on Foraging for Food and deal with the issue of how to forage for food during the winter.

First off, hopefully you began storing up food already, and continue to do so. Whether you gained that food via gardening, hunting, fishing, or foraging.

So lets go down the list of foods that you might be able to forage during the winter. 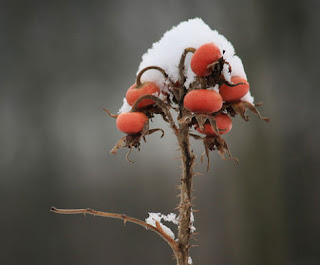 This assumes you even have wild roses growing nearby.

Not only do rose hips provide a pop of color in the winter landscape, they’re also full of sweet pulp that can be eaten raw or boiled down for syrup, jam or tea. During World War II, British citizens were encouraged to gather rose hips to make vitamin C syrup for children. Rose hips have an herbal flavor that’s suggestive of roses without tasting floral. Just boil 12-15 of them for 3-5 minutes, smash them open with a spoon and let them steep for 20 minutes. Strain and serve. 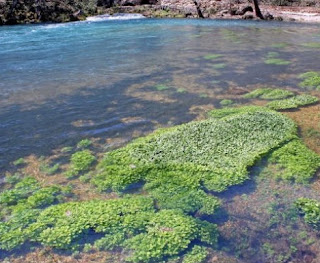 While you might normally ignore this plant that grows on the edges of rivers or lakes, during the winter this is a possible source of food.

More flavorful than supermarket watercress, wild watercress actually tastes sweeter in winter. Even during the snowiest days of winter, watercress can be found growing in tight, bright green bunches near water. This delicate vegetable is very tasty raw, whether added to salads or used as a garnish on sandwiches.

Please consume it quickly after picking it, and always be sure to only pick it from bodies of water that aren’t compromised by pollution, including agricultural runoff. 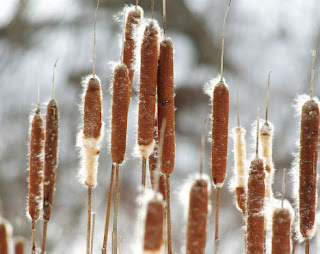 No, not the tails of real cats. Cattails is a plant that usually grows in swampy areas. Also you are not looking to eat the the cat-like tail flower anyway, what you really want is the stalk.

The rhizomes and lower stalks are really the only part you want to eat. Cattail rhizomes are starchy and sweet, with a very mild flavor and scent, and they’re packed with vitamin C, potassium and phosphorous. 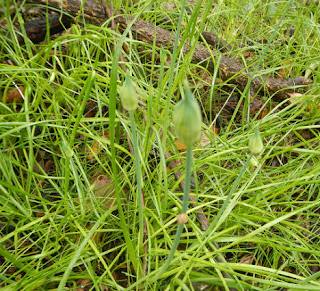 Wild onions are hard to spot if you don't know what you are looking for. Practice finding them during other times of the year and it will be easier to do so during the winter.

Wild garlic and wild onions can both be found poking up out of the grass year-round, especially in more temperate regions like the Mid-Atlantic states. When you harvest either of these plants, you’ll be able to identify them by smelling the root. 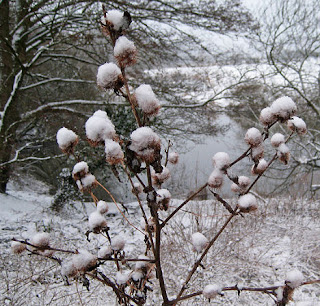 While it is also possible to use burdock to make tea, what you are actually after here is the roots.

Known as wild rhubarb, burdock has large, woolly, heart-shaped leaves and reddish stems. The roots can get a little bit woody in winter, but a little extra boiling will make them tender and soft. They roots tasted like a cross between parsnips and carrots.

Add some fried clams and you have got yourself a tasty meal. 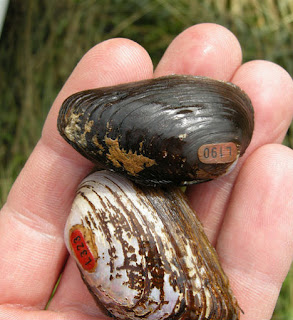 Look in freshwater streams for these little beauties, packed with protein.

North America has approximately 300 species of freshwater clams, and finding them is as easy as running your gloved hand over the bottom of a creek or river bed. It’s of paramount importance that you research the types of mussels that grow in your area, because many species of clams are endangered and federally protected.

Try to only harvest mussels from pristine waters, and boil them thoroughly to kill parasites.

If you can afford to be choosy, the smaller and younger clams are more tender and tasty. 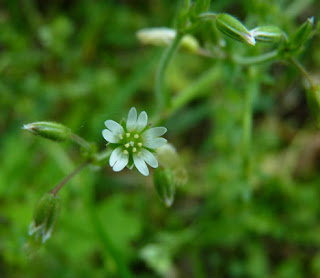 A weed that can be found virtually all over North America.

Chickweed sticks around throughout the entirety of winter, even in cold climates. It has a tender, mild flavor with just a little bit of tartness, and it’s delicious even when raw. With its little star-like white flowers, it’s also easy to identify. Look for it in open, sunny areas, lawns or in your own garden beds, where it’s often ripped out without thought for its nutritional value. 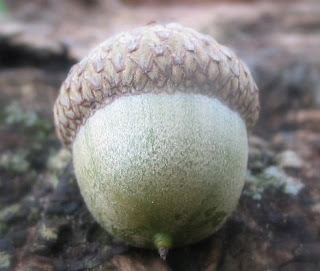 Much better to gather these during the Autumn, but it is still possible to find them during the winter.

The interior of acorns are white and sweet and look a bit like coconut.

Acorns have sometimes been called ‘the ultimate survivor food’, packed with fats and nutrition. Along with black walnuts, butternut walnuts, pecans, hickories, beechnuts, hazelnuts and pine nuts, acorns can be gathered from the ground. They must be soaked in warm water to remove irritating, bitter tannic acids, and then they can be ground into flour - which in turn can be used to make bread, pancakes, etc. 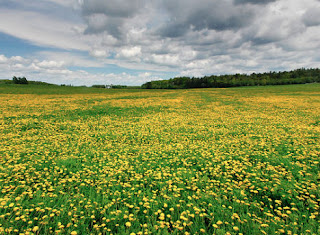 Their roots are still underground, and though they’re best harvested in the fall, they can still be found during the winter. In warmer areas, you can still find their leaves, as well, though they might be rather tough. The roots are bitter, and make a good substitute for coffee. 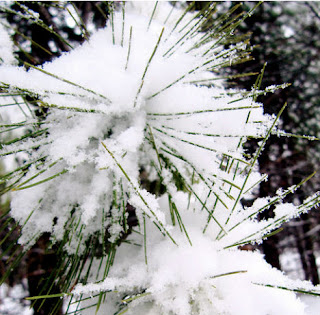 Not really that good for eating, but if you are sick pine needle tea is handy.

The tea extracted from pine needles is very high in vitamin C, making it a great remedy for the common cold. It also contains vitamin A and beta-carotene. While most varieties of pine are safe, always make absolutely sure that you don’t harvest the needles from yew, Norfolk Island Pine or Ponderosa Pine, all of which are poisonous.

I might do more posts in the future on the topic of foraging for food during the winter. This is actually a fairly short list of what is available out there.

Want to learn more? Subscribe to Project Gridless to get updates.