In this photo below you see what happened when an arrow only injured a deer and it got away. The arrow broke a few ribs and later broke off, but the arrow was used as a splint and new bone grew around the shaft (see the Bear Razorhead).

The deer was later shot by someone else years later, and when the butcher discovered the broken arrow they made this rather bizarre piece.

From the angle it looks like the deer was shot from a tree stand up above. Clearly it was a bad angle and the bowhunter should have waited for a better angle in order to guarantee a killshot.

This is why it is important to get a killshot when hunting. If you only injure the deer, you need to track it and finish it off. Don't leave it to suffer for years. 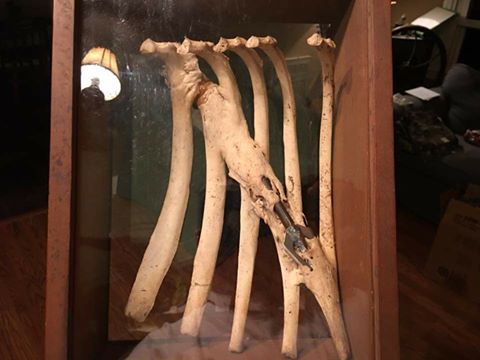