I just ordered a "new" bow off of eBay. Just minutes ago.

Now the trick here is that it isn't really new. It is a vintage Model T Jennings Compound Bow.

There is a problem with dating the bow however as there is debate on online forums about what year the Model T Jennings Compound Bow came out.

Part of the confusion on forums seems to be because Jennings also came out with a Super T version in the late 1970s. But otherwise the Model T appears to have come out in approx. 1969, the same year the patent was granted.

There was also the Split T design which came out later, and various other designs such as the Split T Silver Anniversary version that came out in 1968, celebrating 25 years of Jennings bows - which originally sold a variety of non-compound bows.

So why is a Model T Jennings Compound Bow important?

The reason dates back to the history and origins of the compound bow in the first place.

The compound bow was invented by American inventor/archer Holless Wilbur "H. W." Allen, Jr. in 1966 and he applied for a patent the same year. The patent was later granted in 1969, around the same time that Allen worked out a deal with the company Jennings Archery to be the first company to make and produce compound bows.

In the early days Allen's designs were pretty "homemade" and when he took them to various archery manufacturers in the USA to sell his idea, they all more or less laughed at him. The only company that didn't laugh at him was Jennings, owned at the time by Tom Jennings, and thus a partnership was struck.

At the time Tom Jennings was a technical editor of "Archery World" magazine. Allen sent him a bow and Jennings tested the bow, liked it, and published a promising review in the magazine in 1967, calling the design a "bow with compound interest". Thus the name "compound bow" was born.

The Model T produced by Jennings company  was an important stepping stone for the mass manufacture of compound bows. It took the crude prototypes made from Allen and created a mass market compound bow that became popular during the 1970s, popularizing the design when other manufacturers began making their own compound bows... and eventually leading to the compound bow dominating the American archery market.

Roughly 90% of all bows sold in the USA today are compound bows.

The compound bow also led to a revolution for Paralympic archery, which now primarily uses compound bows because they are easier for people with disabilities to use.

The Model T is not a prototype obviously. But it was the first mass market compound bow, which by itself was revolutionary and the basis for all compound bows that followed it.

So why buy a Model T Jennings Compound Bow?

1. It is basically a museum piece. Someday perhaps I will open an archery museum.

2. The bow I purchased, according to the seller, may not have even been shot ever. So it is possibly in perfect cherry condition. Or maybe the seller lied. Maybe it has been shot a few times. Regardless it appears to be a perfect condition Model T Jennings Compound Bow, the kind of bow a collector like myself would want in their collection because of its historical value and its perfect or near-perfect condition.

3. I love vintage bows of all kinds. My oldest bow currently is a lemonwood flatbow from 1942. To me, having one of the oldest compound bows you can find - outside of the prototypes, which also belong in a museum - is something worth having.

4. The company Jennings built would later be purchased by Bear Archery and become part of their compound bow division, so when you think about it a Jennings compound is really a Bear compound now. (In the same way that Damon Howatt was bought out by Martin, so Damon Howatt bows are now effectively Martin bows.) And as someone who already has two Bear bows, I would not mind a few more.

5. Because I think it is interesting and cool, and I want it.

So I have been wanting a Jennings compound bow for awhile now. H. W. Allen Jr. later split with Jennings and focused on his own company, Allen Archery Co., but by then the compound bow was super popular and was being made by many different American manufacturers.

Plus, after H. W. Allen Jr. eventually died, the Allen Archery Co. became a producer of "cheap archery products", which is my code for "shoddily made". Buying products made by the company are okay if you just want something "that will do" and you are not too worried about the generic quality of the product you are buying.

Now I am not certain how much I will *use* my new Model T Jennings Compound Bow. That really depends on the closer inspection I give it after I receive it via courier.

If it truly looks like it is in perfect cherry condition, I might never shoot it for fear of breaking it.

If it looks like it has some light wear and tear, I may shoot it once in awhile just for fun.

I am not planning to use it for bowhunting or bowfishing. It will either be a wall-hanger and/or a fun old bow to play with once in awhile.

Note - I will update this post after I receive the bow via courier. And add photos of the bow.

My Model T Jennings arrived on Friday September 1st. Today, Sunday the 3rd, I sat down and cleaned the bow, unstrung the bow, twisted the bowstring, waxed the bowstring, and added a new arrowrest to the shelf. To see more read:

How to Unstring a Vintage Compound Bow and Do Maintenance.

So yeah, blame Shatner for why compound bows are so popular in the USA today. Ha! 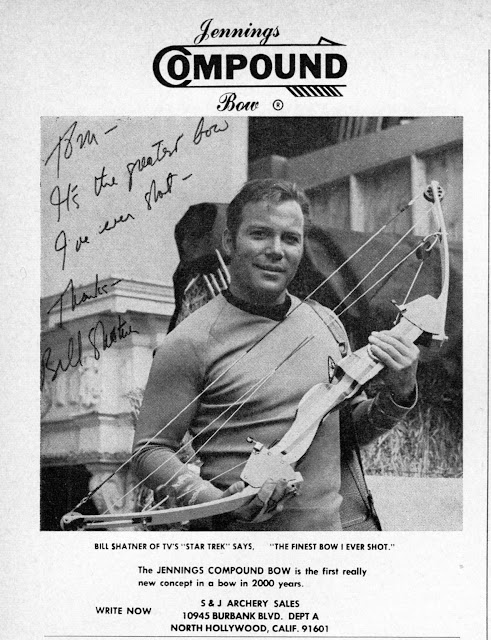 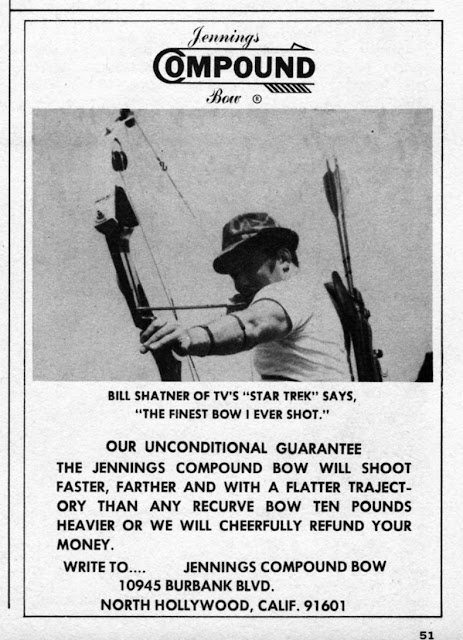 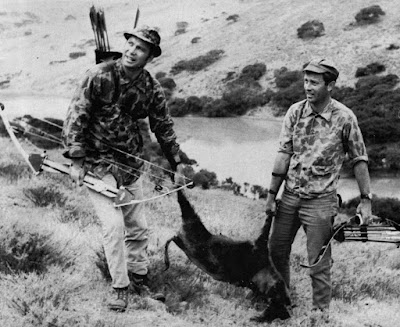 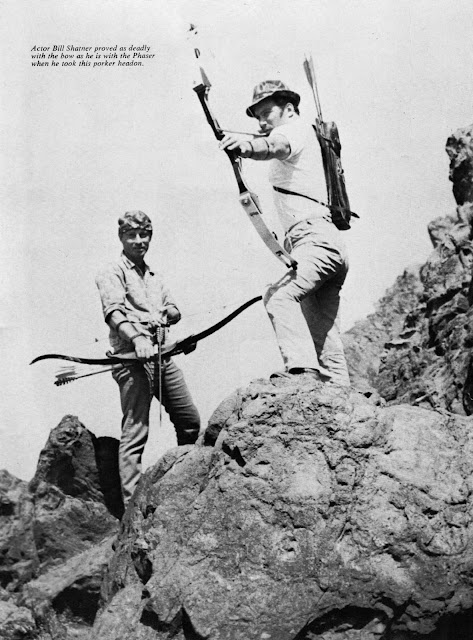