What you need in a Nuclear Fallout Bug Out Bag

Lets imagine the nuclear apocalypse has happened. You are close to home when you see the mushroom clouds in the distance. You rush home and grab your Nuclear Fallout Bug Out Bag...

What should be in it?

Preferably 30 days worth, but that is tricky to carry that much so you might need ways to find/hunt for food, and ways to purify your water to make it safer to drink. You can survive 3 days without water and 3 weeks without food.

Thus in theory 10 litres, drinking only 1 litre every 3 days, could last you 30 days.

Likewise with the food, 10 meal replacement bars, eating 1 bar every 3 days would also give you ample food to survive for 30 days. It doesn't need to be the "Macho Survivalist" bars, regular diet bars like SlimFast found in your local grocery store will suffice for your needs.

You can also scavenge additional food and water from other sources, but take care anything you consume has not been exposed to radiation or radioactive ash.

This is a necessity if you live in a colder climate. You need something portable that can also be used to cook food if need be, or to boil water.

Pretty much a necessity. Extra bandages also handy as many First Aid Kits don't contain a lot of bandages.

Partially for keeping warm, partially to provide an extra layer between you and radioactive ash, but also so you can shed clothes that has become contaminated with ash and you still have something to wear.

You may need to scavenge additional clothing as you travel.

Flashlight, oil lantern, or something to provide ample light when traveling at night, which you may need to do.

A multi-tool would be nice, but some people might just buy a small tool set. You never know when you might need the right tool for the job and your multi-tool just is not enough to get it done.

For $36 you can get a hazmat suit and a mask on Amazon.ca. This way you don't have to suffer the embarrassment of trying to buy this in person. Will you need it? Hopefully not. If you don't need it, oh well, at least you were prepared for that possibility. And considering the price, not that big of an expense. 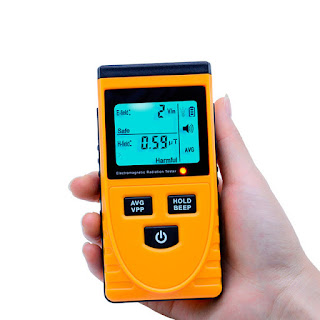 Ideally you want the radiation to be below 20rem. You don't really want to be exposed to larger amounts for any long period of time. Staying in a secure shelter would be better until the radiation levels go down. A cheap radiation detector goes for $37 on Amazon.ca, but you can also get fancier ones that cost $135 or more.

A Weapon to Defend Yourself

There are going to be people who are less prepared and might try to take the things you were wise enough to prepare.

A firearm with lots of ammo is good, but if you are skilled with archery or a crossbow enthusiast that would also be handy because it means you can reuse ammunition and it is stealthier.

If the country is also at war (and has not surrendered yet, or even if it has) you will probably also want to have a weapon to protect yourself from enemy soldiers invading your country.

The weapon could also be used for hunting, to gain food, and for protection against wild animals which may become violent due to radiation sickness. Injured animals are typically dangerous animals.

Note - Do NOT get one of those crappy survival bows that are horribly inaccurate and make a better club than a bow!


Can you add other things to your Nuclear Fallout Bug Out Bag?

Absolutely. Whatever you think is necessary for survival. Some people even add a book or recreational items because if they take shelter and there is too much radiation outside they need something to amuse themselves with. Boredom can drive a person crazy and to do stupid things like going out in the radiation in some vain effort to escape the boredom...

"I am bored. I am going out there to look for food." - Fool who dies of radiation sickness days later.

So if you are going to pack something entertaining, make it a classic like Moby Dick, Neuromancer, War and Peace, or The Lord of the Rings. One of those books you should definitely read before you die... So pick something definitely worth reading.

eg. War and Peace is huge. You can read parts of it and then use the pages you already read as kindling for your fire. However since you might need to read it twice out of boredom, maybe only burn the boring bits.


A wise person prepares. The fool does not.