To Anyone in the Vaughan / Woodbridge Area / North GTA

Do you have a tiny sliver of land you are not using? Say about 50 to 60 yards long, but only about 5 to 10 yards wide? The land could be in a corner of some farmland, a section of unused wooded area, with a backdrop that isn't near any residential area.

Myself and a group of GTA archers are interested in renting a small space to make a private archery range for our personal use. The range would be maintained by us and only used by archers who are members in our group.

Ideally we are looking for a sliver of land that is located next to farmland or a wooded area that is simply not used for anything else and won't be disturbing anyone.

Say for example if you owned a 100 acre farm, but not all of the farm was arable. Say only 80 acres was arable land and there was a section of trees at the back of the property that takes up 20 acres of the total property. We would like to rent part of that 20 acres. We don't even need the whole 20 acres, just enough space to put up four targets at the following distances:


The targets would be relatively close together, width wise, with a cleared space where archers can walk back and forth from a shooting line.

So the space could potentially look like the photo below, but with 4 targets spaced at different distances. 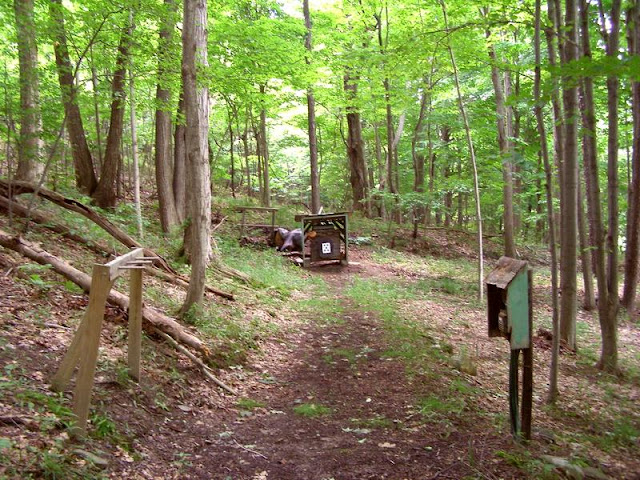 We would also need enough space to park up to 3 vehicles.

The space would be used by the individuals of our group roughly once per week for a few hours at a time, during daylight hours, mostly between the months of April and October.

The size of the space needed is actually quite small. Only about 1/10th or 1/12th of an acre. 20 acres would be a huge space and we only need a tiny fraction of that. 1 acre is 4840 square yards. We only need a space that is approximately 250 to 600 square yards, long and narrow, plus space for parking.

Larger spaces, obviously, would be nicer, but we really don't need a giant space.

eg. Lets say for example you have a section of woods on your property and there used to be railway tracks that ran through your property in a nice straight line. Or an old laneway that is no longer used. That nice straight piece of non-wooded area would make a very good archery range.

The rental price is negotiable and the burden will be shared by the members of our group.

The good news is that unlike a rifle range, which is quite noisy, archery ranges are extremely quiet. So we wouldn't be disturbing you or your neighbours with any loud banging noises from gunfire.

Email me at projectgridless {atsymbol} gmail .com to discuss possible rental rates and the conditions of your space.

And the Backup Plan...

Failing this, should it prove difficult to find someone close to Toronto willing to rent such a space, I have given thought to setting up a similarly sized private archery range in the region of Bruce County (further north of Kitchener-Waterloo).

I would personally only be able to visit it 3-4 times per year, to both practice there and maintain it, but on the plus side the sliver of land I would be using would be owned by my family and free for me to use.