Off the Grid Internet via Smart Cars 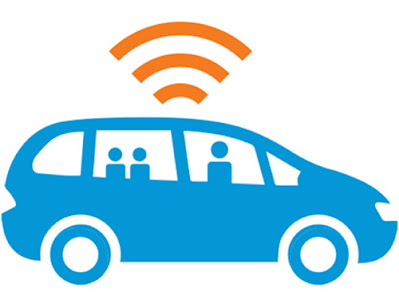 By Ika. Edited by CM.

Cars are getting smarter and more connected. When you are living off the grid, but want access to the internet having a smarter car which is connected to the internet - and has good processing power - might be a more viable solution than having to drive into town every time you want to use the wifi at the local Starbucks or cafe.

The modern technology world is evolving every second. In-car internet has been standard for almost a decade. Integration of the Internet was a groundbreaking moment that was the main priority in the car industry from 2010. and fast-forward to 2021. web browsers are becoming standard in the car industry. In 1970, Ericsson invented in-car phones, from simple dialing and calling to the landline, and cars evolved to have modern technology. Now, almost every new car has an infotainment center that provides you with car diagnostics, music, and videos. But, if you are still looking for something more, built-in web browsers are the thing you're probably in search of during your commutes.

Web Browsing While in the Traffic Jam

According to NHTSA high number of 660,000 drivers are using cell phones in the car at some point in the day. In addition, 36% of drivers use smartphones while waiting at the stop sign, red light, or in a traffic jam. To prevent that, car manufacturers are developing web browsers that are built-in cars. According to Tesla, their in-dash touchscreen browser was the first of that kind as a part of standard equipment. In addition, Tesla has a 17-inch touchscreen tablet that has replaced the classic central console.

Statistics show that people are using web search all day. In the morning, drivers search finance and news site, and later through day entertainment sites. Light reading, games, applications, and social media are visited in the afternoon, especially if you drive something like a Tesla car with such a big screen that it's hard not to use it.

If you are plan to make it a habit, too, you have to have in mind that some of the older car models, especially Tesla cars, may not have enough power to run a bit more demanding website. For example, some people have conducted experiments by playing online games like World of Warcraft in the 2013 Tesla Model S, where they found out that its processing internals is not strong enough to run a more demanding online game like that. However, they did hop into a newer 2021 Model 3 afterwards, and there the game worked without any hiccups.

Development of the Internet in Vehicles

At the beginning of adding innovative technology to the cars, IoV consists of sensors and smart terminals. IoV (Internet of Vehicles) created a network of intelligent devices from vehicles and other elements in the environment. Based on that, SIoV got developed - SIoV stands for Social Internet of Vehicles. SUV represents all innovative elements that enable car guidance in real-time. In addition to that, adding web browsers as a standard part of the car equipment is a logical follow-up. Tesla developed a web browser for cars based on Chromium. Chromium is Google's open-source web browser that takes on the popular Google Chrome. Google Chrome is one of the most popular desktop and mobile applications.

Volvo has a web search based on HTML 5, and their web search doesn't allow open animated pictures, videos, or music but provides search information. We will see in what direction Volvo will develop its web search. Some high-class cars will have upgraded internet options soon to stay on track with modern technological evolution. We are sure that the car industry will make web browsers a standard part of car equipment in years to come.

Email ThisBlogThis!Share to TwitterShare to FacebookShare to Pinterest
Labels: Off The Grid Internet, Transportation