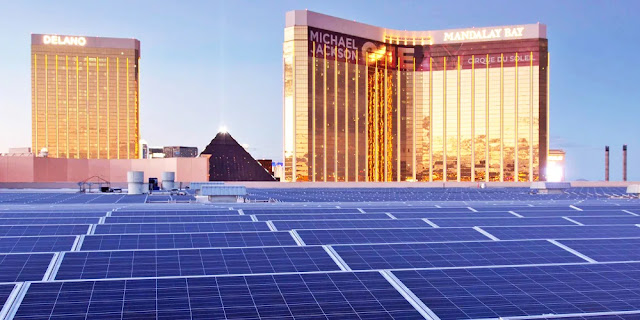 In 2017 Las Vegas decided that all facilities and buildings will 100% run on renewable energy. So Las Vegas is on its way to becoming one of the biggest cities in the US that is using solar energy in high percentage. Las Vegas is the city that never sleeps - literally.

Hotels, casinos, and all neon signs make it famous. They never turn off their lights. In addition, all the various devices, machines, and mechanisms in elevators, pools, and other architectural elements use a lot of energy. Poker tables, slot machines, big flashy screens, and lights on various stages for performers, the list goes on. On the other hand, if you want to be a frugal and energy-efficient person, you can always just play Pokemon Go on your smart device and not lose a cent. Online services are a great addition to becoming environmentally conscious. But, of course, other users want to have that brick-and-mortar face-to-face casino experience, which is why engineers and architects are always on the lookout for the most efficient energy source, one being solar.

1kw of electric energy made with solar panels on the roof in Las Vegas generates 1 570 kWh per year. The average price of a solar system in Las Vegas is 2.66$ per watt. Every solar panel user in America can claim 26% of the solar system costs as a deduction on tax liability.

Nine and a half years is the estimated time to return the investment in the solar system in Las Vegas, and it shows through utility bill savings. In Las Vegas are numerous businesses that work with solar panels. An average family home that is 2500 square feet uses about 12 815 kWh per year. It leads to the 8.17kW amount of power that the house needs. A House of this size needs 27 solar panels of 300 watts. Public Utilities Commission of Nevada (PUCN) agreed with the biggest casinos in Las Vegas. Wynn Resorts, MGM Resorts, and Sands Corp can stop using NV Energy. These big Las Vegas businesses use vast amounts of electric energy per year. They are looking for retrieving energy in solar or wind. Wynn Resorts already announced they would use solar arrays to use solar energy as the leading power supplier and turn to it 100% at some point.

Las Vegas – One of the Leaders in the Solar Industry

Solar power from NV energy price is about 48% of megawatt. They can store about 100 megawatts. So NV Energy is a very affordable solution for businesses in Las Vegas.

If you are interested in turning your home or business center into an efficient solar place, that is an intelligent step. In the long term, using solar energy is one of the smartest moves that you can make. It is suitable for the environment, and it is cost-effective. 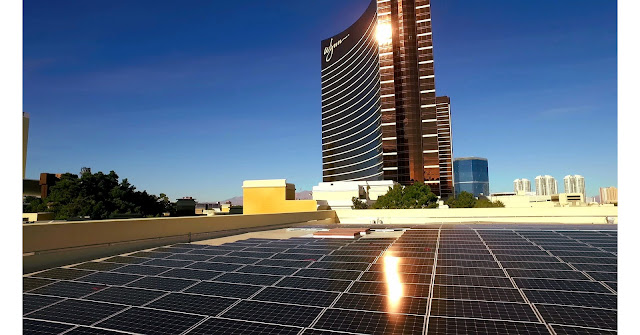 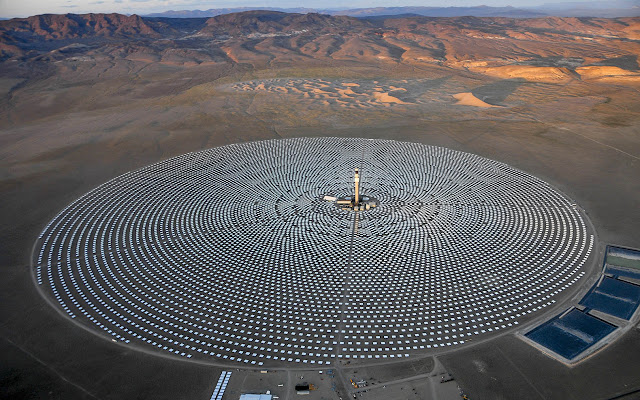 Email ThisBlogThis!Share to TwitterShare to FacebookShare to Pinterest
Labels: Electricity Off The Grid, Sustainable Architecture