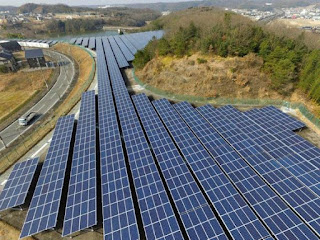 In recent years you may have read headlines like:

"How to Profit from Solar Energy"

"How can electricity from solar energy be profitable?"

"How to sell Solar Power and make Money."

"How to invest in the Solar Industry."

"So How Quickly Can We Shift to Solar?"

If you are seeing these headlines or similar headlines, you will understand that isn't just a trend anymore. It has happened. Solar power is now profitable. What it really comes down to is several things...

#1. Solar panels are a lot cheaper than they used to be. The price of photovoltaics have dropped 40% in the last 2 years alone.

#2. Solar panels are significantly more efficient than they used to be.

#3. Solar technology in general has come a long way during the last 50 years.

If you are a James Bond fan like myself, then you should know that solar power was a big theme in the 1974 film "The Man with the Golden Gun".

For the Off Gridders however, more affordable solar power means they have more options for how to get solar power in their off grid home.

So lets see what one website now charges for such an installation?

Back in 2013 pricing for installing a solar power system for your home would cost:


So now that it is January 2017, and the price of photovoltaics have dropped 40%, shouldn't we see a significant drop in the price?

Yes, but the price of the manpower to install it has probably stayed the same. Much of what you are paying for during an installation is a bunch of men showing up at your home, climbing all over your roof and installing the solar panels.

In Ontario you need all of the following and each of these things comes with a price. 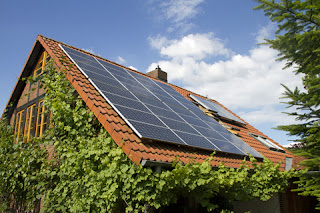 However in theory if you did most of the labour and other aspects yourself, a real DIY project, then you really just need the solar panels, an electrician, the permits, etc.

If you do end up selling power back into the grid, with a 10 kW system you are expected to make $4,000+ per year for a period of 20 years or more. The more basic 4.5 kW system is for people who want to be self-sufficient, don't think they need the extra energy, and are not intending on selling energy back into the grid.

So the 10 kW system really seems pretty obvious when you think about it. The system pays for itself in approx. 8 to 10 years, plus you save money from not having to pay for electricity for all that time.

So yeah. More than doubles our money in 20 years, all while providing electricity we use anyway. This is definitely going on our To Do List when we buy our first home.

In Ontario there are now Solar Panel Investment companies which buy up land which isn't being used for anything else, build a solar farm with as many large solar panels they can fit onto the property, and then reap the profits over the long term. With the low interest rates for borrowing money, investing in solar power right now is ridiculously profitable. Companies can basically borrow the money, and then pay the interest for the loan using the profits from the solar farm, pay any land taxes, pay the government their share because of income taxes, and voila, they still walk away with a sizable profit.

In July 2015 the Canadian Solar Industries Association released an estimate that was commented on in the Globe and Mail:


"Within five years Ontario homeowners could save enough money by putting solar panels on their roofs that they won’t need any [government] subsidy to make installation worthwhile.

[T]he plunging costs of solar equipment, combined with rising overall electricity costs, will put the two in balance by 2020.

Currently, many Ontario homeowners are installing solar panels, but the incentive is a provincial program that pays them high rates for the electricity they generate – considerably above market prices."

And then there is wind turbines and wind farms, which are even more profitable and cost efficient than solar power. It pisses off the NIMBYs, but frankly their opinions rank up there with conspiracy theorists who think cellphones cause cancer.

You see I can remember a time when solar panels were a joke. That only hippies used solar panels. But today farmers (who are often the salt of the earth, Conservative types) are installing wind turbines and solar panels because they have realized it is a smart investment and uses non-arable land that they would otherwise not be using. So if the farmers are doing it, it must be profitable.

And it is here to stay. It will only get more and more profitable as the years go by.

Which means for people looking to power their off grid home the future is a bright one, where solar power and wind power gets cheaper and more affordable - and the dream of being off the grid is that much closer because it isn't a dream anymore. It isn't science fiction. It is affordable and profitable NOW. So why delay and procrastinate? Do you like getting ripped off by Ontario Hydro and their ever increasing bills? No? Well then hurry up and get solar panels and a wind turbine already you silly stubborn mule.