Off Grid Air Conditioning in July and August

So today is July 1st.

And July and August are the two hottest months of the year in Ontario. Which is common for anyone who lives in the northern hemisphere.

And I admit, I am a fan of air conditioning.

So going off grid is a problematic thing because I cannot imagine living in a hot humid place, being outside all day in the heat, and then coming home to a house that is likewise hot and unbearable.

So air conditioning is pretty much a necessity to me.

Unfortunately air conditioners also use a lot of electricity.

Typically we are looking at the following amounts for a window air conditioner:


And in case you were wondering about a Central Air system...

So that is a lot of electricity being used.

Keeping in mind that a good $2,000 wind turbine will only produce a maximum of 3,000 watts on a day with adequate wind, so if you want an air conditioner in your off grid home it had better be a tiny air conditioner (in the bedroom only with the door closed), or else you had best think about getting 2 or more wind turbines or another source of electricity.

eg. You could get a diesel generator to burn diesel, to produce electricity to run the air conditioner.

Ah, the irony of burning diesel to get cooler.

Warmer in the winter, cooler in the summer. 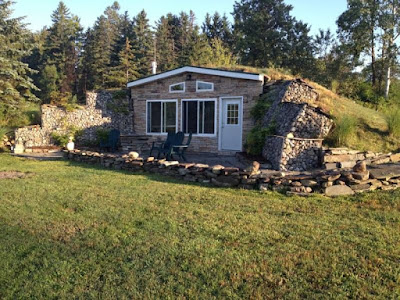 Build canopies that go over your home to keep the heat off, creating shade to avoid the sun as much as possible. It doesn't have to be a permanent canopy, you could erect them to be temporary and seasonal. 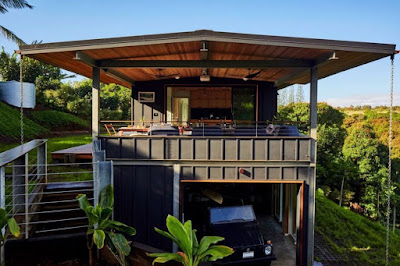 Open windows or doors so that the wind passes through your home and cools it during the process. Works well in combination with lots of shade. You can do this with architecture. Also helps if the "entrance" windows for the draft are facing the source of wind. 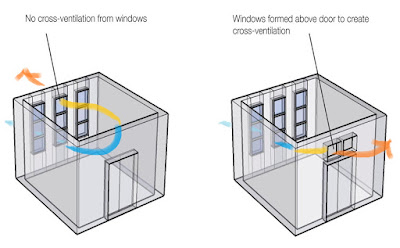 But if you are going to use fans, then ceiling fans are the best for moving the heat out. Fans + a nice cross draft = wonderful.

So this method takes more investment in terms of time and money.

What it does is pump water (some geothermal systems use air instead of water) from the house through underground pipes, which then circulates back into the house after cooling down since the ground is cooler. In the winter it can also warm the house using the same method, since the ground further under the earth is warmer in contrast.

While it costs more to install initially, you do save money on electricity later over time. Plus for an off grid home it actually makes the most sense and you want to have to avoid spending too much on your heating and cooling costs. 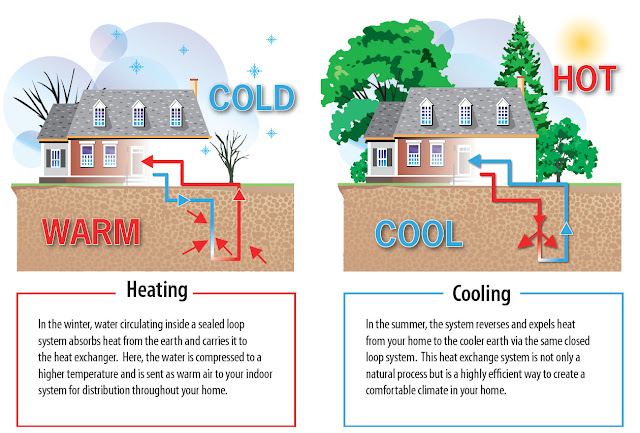 So you are not restricted to just using air conditioning. There are other options, and some of the options work quite well in combination.

eg. An underground home that uses geothermal cooling/heating, with lots of shade on the entrances and the option to have a cross draft if need be.

Just add three canopies to the house below and you will be pretty close to the ideal. Plus a canopy would keep the water in that pool cooler. 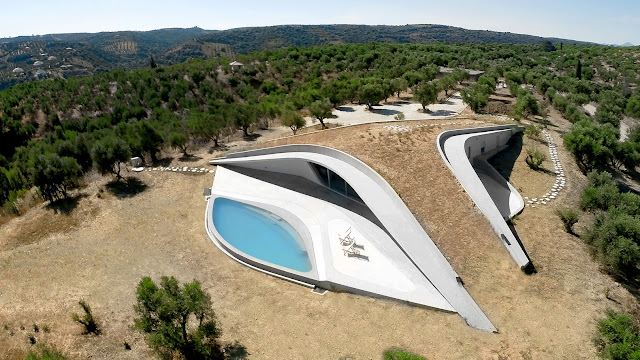 Email ThisBlogThis!Share to TwitterShare to FacebookShare to Pinterest
Labels: Heating and Cooling