Cheap Off Grid Land in Hawaii / Homes on Wheels

Years ago I came across a real estate website that sold cheap off grid land located in Hawaii.

The problem of course was the land was located on the side of an active volcano, which at the time was spewing forth a tiny amount of lava each year and didn't threaten the property.

There was no sewer or water available, and no electricity.

Thus anyone willing to buy that cheap land would need to do a number of things:


Some people no doubt saw this as an opportunity, bought land there, did the above things, and saved a lot of money because the land was super cheap - so cheap it offset the extra costs of installing solar and wind power/etc and all the other costs, but they still forgot one important thing.

They should have made their homes mobile.

Because while many places on the side of the volcano don't have water, sewer or electricity, they did at least still have roads. 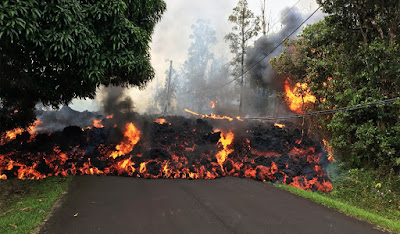 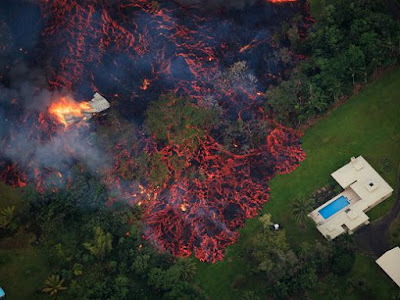 Thus when the volcano changed from slowly belching out lava to more quickly spewing forth lava, they could have simply hitched their mobile home to a truck and towed it to a safer location.

There are multiple options for making a home mobile too.

Comes in a variety of shapes in sizes, but are more or less a roughly rectangular trailer home. 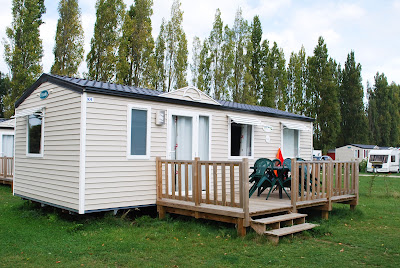 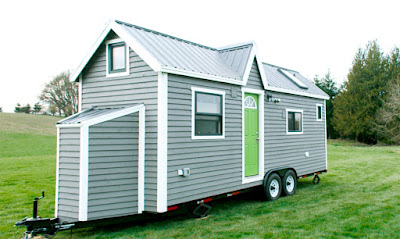 Not technically a home, but there are some pretty nice RVs out there these days which can basically double as a home. They come in a variety of sizes and prices... including ridiculous ones that come with a sports car hidden in its belly. 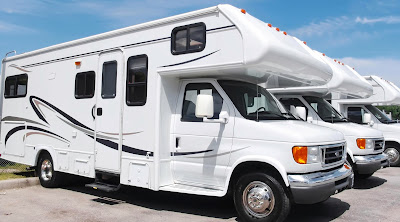 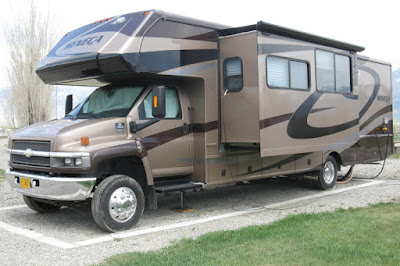 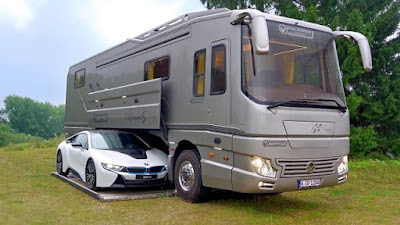 I have written about shipping container homes in the past on Project Gridless and you are welcome to check out the previous posts. The shipping container is moved to the desired location, but in a hurry it could also be moved out the same way it was brought there, on a flatbed truck with a crane. 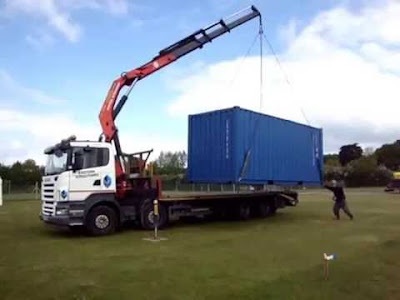 Not Just for Volcano Prone Land

You can use this principle of packing up and leaving for a variety of locations and potentially dangerous situations.
Maybe you just don't like your neighbours? Pack up and leave. Buy a different piece of off grid land. Perhaps a better piece of land becomes available, you load up everything and just relocate. With luck maybe you even have nicer neighbours.

Not all the volcanoes in Hawaii are active. You could potentially buy land on one of the older islands where the volcano is dormant / dead. Hawaii has over 11 major volcanoes, and most of them are dormant, which means the older dormant ones offer a potential deal when it comes to cheap off grid land.

Of course, you don't need to leave Ontario or Canada to find cheap off grid land. You can find lots of cheap off grid land in Northern Ontario very easily. The real big differences will be the extra effort of keeping your home warm during the winter, so Hawaii does offer a tantalizing offer of cheap land that is warm all year round.

There are also other islands in the Pacific Ocean you could consider as well. You are not limited to just Hawaii, although it certainly is one of the larger and more exotic island chains to choose from. There are plenty of other places to consider if you are willing to travel that great distance to find an off grid home.

But if you did decide on Northern Ontario, it does have an important feature: Geologically it is very solid, as it rests on the Canadian Shield which is basically a large thick chunk of rock in the earth's crust. No worries about volcanoes or earthquakes here.

And if possible, try to choose land that isn't near a swamp or on a flood plain.

Email ThisBlogThis!Share to TwitterShare to FacebookShare to Pinterest
Labels: Off Grid Real Estate