I found a broken recurve bow (a Stemmler Jaguar) at the archery range a few months ago. I have been planning to either fix it or turn it into a takedown recurve bow. Or if that fails, I have two backup plans.

The previous owner of this Stemmler Jaguar evidently thought it was beyond repair or salvaging.

Photos of the Broken Stemmler Jaguar

The bottom limb cracked and delaminated. I wrapped it in clear plastic hockey tape at the archery range for ease of transportation/storage (and to prevent splinters).

Some people might be tempted to epoxy the broken parts, and that could potentially work if it was just a case of delamination. But because the limb also cracked, epoxy would not be enough. The cracked section would need to be reinforced and retillered. That is a lot of extra work for a bow that will possibly never shoot properly ever again anyway. 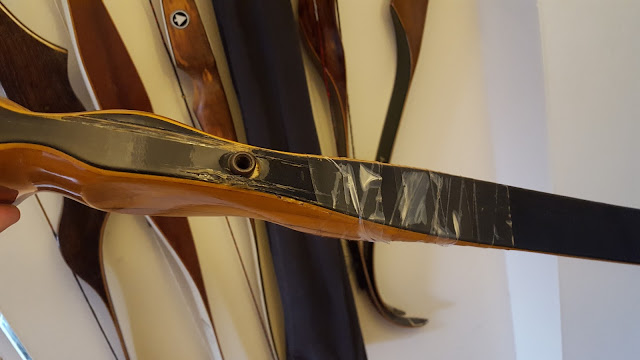 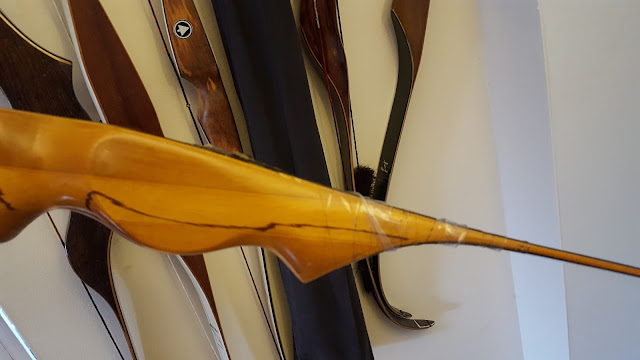 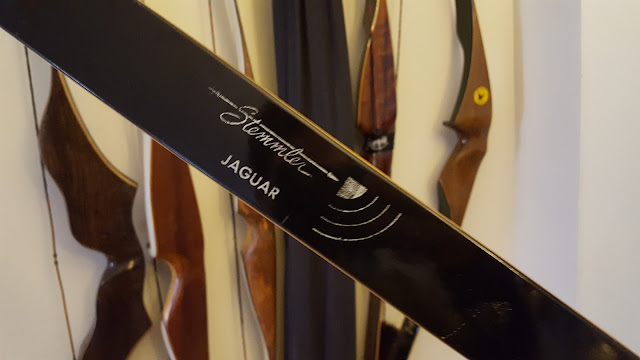 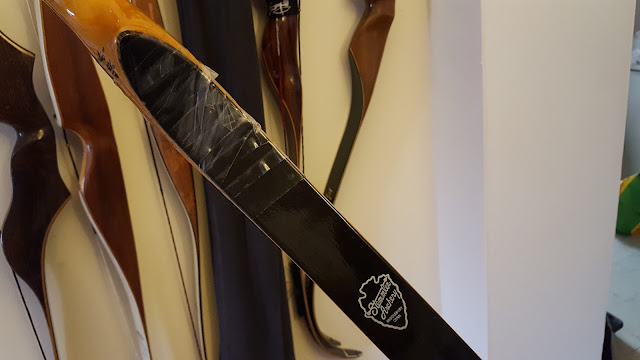 How to turn a broken one piece recurve bow into a takedown...

2. Drill holes into the ends of the limbs. Glue washers on the front of the limbs to reinforce them.

3. Saw off the top and bottom parts of the riser so there is a flat angle suitable for attaching the limbs. (Be careful about measuring the angle and cutting it correctly.)

4. Drill holes into the flat angles for bolt inserts. (If you cannot find bolts / inserts, you may have to drill the hole right through and use washers / nuts on the belly of the riser.)

5. Glue the bolt inserts with Titebond 3.

6. Attach everything with the bolts.

No guarantees it will work perfectly.

In the event that the above plan doesn't work, I have a backup plan. Remember, what you are doing is basically an experiment. Expect it to fail. Having a backup plan is handy.

Make a crossbow stock with a front suitable for attaching recurve limbs to.

Cut the widths of the limbs down so that they would fix a normal takedown riser and line up the holes to match where the holes on a takedown riser is. (I plan on lining this up during step 2 up above, that way if the first plan fails this part will already be ready.)

End result, new set of limbs for a takedown riser.

Firewood. Last resort. I would prefer it doesn't come to this.

I will update this page in the future when I have photos of the transformation process. Hopefully the first plan works so I don't need to resort to any of the backup plans.